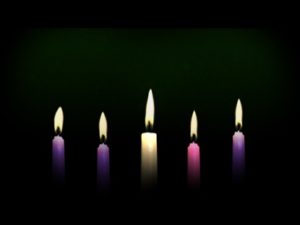 IT is told that in 1831, William Miller, a farmer, began preaching the end of the world in 1843. He draw his dating from the 2,300 days in the book of Daniel (Dan 8:13-14) which, for him, mean 2,300 years, and using 457 BC as the calculated the date commanded to restore Jerusalem . Thousands heeded his call to repentance, but the year 1843 went without the world ending with a bang or with a whimper. He deferred the date to October 22, 1844, but most Millerites abandoned his religion, others returned to their former denominations. Of course, the Millerites concluded that they were correct on the dating, though this has reference to Jesus’ entrance to the holy place in the heavenly Jerusalem . The remnants of the Millerites accepted the prophetic role of Ellen G. White, whose writings the Seventh-Day Adventists revere as second to the Sacred Scriptures. After meeting with the Seventh-Day Adventists in 1872, haberdasher Charles Taze Russell founded the Jehovah’s Witnesses. He predicted the end of the world in 1914. He died in 1916, but his successor, Joseph Rutherford, head of the Watchtower Society, advanced the date to 1925. He himself, however, died in 1942. More recently, the Jehovah’s Witnesses were sure 1975 would be the year when Jesus would return. Of course, they were mistaken again.

Although many religionists are gaga over the precise date of Christ’s return, the Gospel today does exhort us not to concern ourselves with such speculation. It cannot be calculated, because it can come at any moment: “that day catch you by surprise like a trap” (Luke 21:34b-35a). The basic Christian attitude toward Christ’s return is not one of curiosity, but one of great expectation that is seen in our daily behavior. Having followed Jesus in discipleship, for all the trials and sufferings attendant upon it, we can stand erect and hold our head high because our deliverance has come (Luke 21:28). However the world will end, with a bang or with a whimper, we really have nothing to fear, because Jesus comes back as a savior, a victor over the forces of evil and death. Of course, we know that in following Jesus in discipleship, we do not always obtain justice or peace. On the contrary, we are even persecuted for our belief, and for our action on account of that belief. But this is not the last word of our discipleship. The last word is that, Jesus is coming to put an end to it—to the miscarriage of justice, to the injustices and every form of evil. When he comes, Jesus will be manifested to us as the just shoot of David who does what is right and just, and we, his disciples, will experience peace and justice (Jer 33:14-16, 1st Reading). That is why we do not fear death or the end of this world.

As we await his coming, we have to conduct ourselves in a way pleasing to God, and learn to make progress in it. We make our hearts blameless before God, overflowing with love for one another (1 Thess 3:12). This should be our concern as we await his return: a blameless life, overflowing with love, not speculation of date. We are to act as if we were a woman whose husband is an OCW in Italy or Hongkong. While her husband is away, she does not falter in her love for him and for their children. Her life of care and love is her daily preparation for the coming back of her husband. Because of her life of love, she is eager to meet him at the airport upon his return, and to receive his gifts for her. She knows that his return is the salvation of her family from their basic needs, because her husband’s coming is the redemption of their family from grinding poverty, and signifies the unity of the whole family. We cannot imitate the wife who, when her husband is in a foreign land, spends away all the money he sent her, and consorts with other men, for that would be like the man in the Gospel whose spirit has become bloated with indulgence, drunkenness and worldly cares (Luke 21:34). Assuredly, she cannot hold her head high. In effect, by leading such a life in the in-between time, we demonstrate that, even though we do not know the exact date, we are confident of the Lord’s return. The waiting may be long, but it is not without purpose nor devoid of meaning. On the contrary, it is meaningful because it derives it significance from the Lord himself who will make it perfect, when he establishes peace and justice for those who followed him.