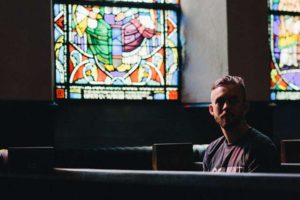 Gallup, N.M., Jun 29, 2017 / 02:06 pm (CNA/EWTN News).- The Diocese of Gallup, New Mexico added three names earlier this year to its list of workers against whom there are credible allegations of sexual abuse of a minor, as part of the diocesan commitment to transparency and youth protection.

The local Church is also holding healing services in many of its parishes across New Mexico and Arizona, in which Bishop James Wall listens to and prays with any who wish to do so, as they seek healing from sexual abuse.

Emails sent by CNA to representatives of the Our Lady of Guadalupe Province of the Order of Friars Minor inquiring about Fr. Beltramea and Fr. Mazon were not acknowledged.

Bishop Wall spoke to CNA recently about the Diocese of Gallup’s efforts at child protection, the need to find healing, and the central role that transparency plays in the life of the Church.

“We use transparency so much as a buzzword,” he reflected. “I think transparency’s important because all things must be brought into the light; things shouldn’t remain in the darkness.”

“In the past I think we’ve learned from some our mistakes, and some of that had to do with shielding those who committed abuses, or sometimes maybe turning a blind eye, or allowing people to remain in ministry – and I don’t think that’s a good practice, because that doesn’t really protect young people, vulnerable adults. It doesn’t allow for them to have a safe place to encounter the living Christ.”

Transparency means “showing our policies, our procedures, what we’re doing,” he said, so that “everything is brought into the light, so there’s nothing that’s hidden.”

April’s inclusion of three new names brings the list of those who have worked in the Gallup diocese who have been deemed by the diocese to have credible accusations of sexual abuse of a minor against them to a total of 34.

Most of them (21) were diocesan priests. Another 11 were priests or brothers of religious communities, including the Order of Friars Minor, the Claretians, the Missionaries of the Precious Blood, and the Crosier Fathers. There was also one seminarian and one lay CCD teacher.

Some two-thirds of the credibly accused (22) are deceased.

Bishop Wall explained that when the diocese receives an allegation of sex abuse of a minor, it undertakes an investigation, or has an outside investigator look into it. The investigator brings its findings to a review board, which makes recommendations to the diocese.

“Through that process, if we discover that the allegation is credible, then we will post that name on the diocesan website, as well as let the parishes where this person has served know.”

He added that the investigation is done because “we always have to make sure that we’re protecting everyone’s rights involved in this, being sensitive to everyone: the person bringing the accusation forward, as well as the accused,” noting that “the legal system is innocent until proven guilty.”

If the credibly accused person is a cleric, “immediately their faculties are withdrawn and they’re informed that they are not to function or present themselves as a cleric in the Church.”

The bishop added that their case can be sent to the Congregation for the Doctrine of the Faith, where they can be assessed various penalties, such as dismissal from the clerical state.

When the credibly accused person is a member of a religious community, “the expectation is that (their community) take the lead,” Bishop Wall explained, though the diocese does work closely with the religious community throughout the process.

“If at a later date more information does come to us, so that we are able to investigate it, and then we are able to deem it credible, then we immediately put it on our list of credibly accused,” the bishop said. “So it all has to deal with the information that we have.”

The diocese’s list reflects any local Church workers who have been credibly accused of sexual abuse of a minor, whether while they were in ministry in Gallup or in another diocese. It also shows when and where they ministered within the diocese, whether or not the alleged abuse was carried out at those times and places.

There was a sole case since Bishop Wall was named Bishop of Gallup in 2009: Fr. Timothy Conlon, a member of the Crosier Fathers. He served in two Arizona parishes from 2011 to 2013 before the diocese was informed by his religious community of an allegation of sexual abuse against him.

The bishop said the Church is now “really in the forefront of making sure that we provide a safe environment for our young people, and vulnerable adults as well,” with its screening of potential ministers leadings its efforts.

He cited the use of psychological screening and testing, and the fact that “our interview process is much, much more extensive than it was” in past times. Moreover, the Gallup diocese trains its volunteers, employees, students and clerics in child safety, and has a mandatory background check.

“We try to put in as many safety procedures as possible,” he said.

Reflecting on the spike of credibly accused clerics in the 1950s and ’60s, Bishop Wall said that while there were a number of contributing factors, he believes that chief among them was the sexual revolution and “the groundwork [which] was already being laid prior to that.”

“But then again, these were bad people who did bad things to people; and these people should never have been placed in the positions to violate the trust, to violate these young people.”

In response to the crisis of sexual abuse, the Diocese of Gallup has also held healing services in parishes across its territory, in which Bishop Wall listens to and prays with survivors of sexual abuse, regardless of who their abuser was.

“It provides an opportunity not only to come together to pray, to pray for healing, but also gives an opportunity for anyone, and I stress that – anyone – who is a survivor of sexual abuse to meet with me,” the bishop explained.

Communities across the diocese have responded differently to the healing services, which began in November 2016.

In some places, Bishop Wall said, there is “a pretty good sized group that comes, and people who will want to meet with me individually afterwards; some people will bring family members in with them, they feel a little more comfortable, and some people just come to pray – you don’t have to be a survivor of sexual abuse to come and pray.”

Healing services are scheduled at different communities in the diocese through March 2018.

While acknowledging that “it is difficult,” Bishop Wall also affirmed that “I think it’s necessary, and it’s a good thing, to allow people to come and sit and talk, and kind of, really unload their burden. Especially for someone who was abused by a worker of the Church, I think it’s important for the bishop, who’s the shepherd of the diocese, to sit with the person, to talk with the person, pray with them, apologize. I think that’s one of the most important things were able to do in this.”

“These healing services, difficult though they are, provide a great opportunity for survivors of sexual abuse, whether at the hands of workers of the Church or someone else … to come before the Lord and find healing in the Lord,” the bishop concluded.

Survivors of sexual abuse are also afforded an opportunity “to pray, too, and also I think to realize they’re not alone, because I think many times if someone is a survivor of sexual abuse, sometimes they feel like they’re alone. And I think coming together with others, and the Church welcoming and inviting them to come together, it lets them feel that they’re not alone, they’re not isolated, there are people that are there for them, the Church is there for them.” By Carl Bunderson