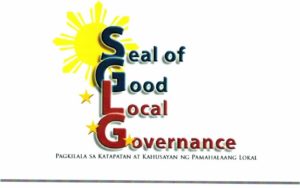 BORONGAN CITY, June 4, 2017–Eastern Samar is one of six provinces in Region 8 that passed the criteria set by the Department of Interior and Local Governments for the 2016 Good Financial Housekeeping (GFH), one of the components needed for an LGU to be awarded the Seal of Good Local Governance or SGLG.

Aside from the provincial government, 19 municipalities and one city made it to the list.

An LGU must comply with government accounting and auditing standards and the full disclosure policy for budget and finances to be given the GFH recognition.

Since 2011, the Eastern Samar provincial government has been a consistent national awardee of the SGLG, and for 2016, it was again given the same award together with the towns of Gen Macarthur and Salcedo. (Eden Cidro/Este News)