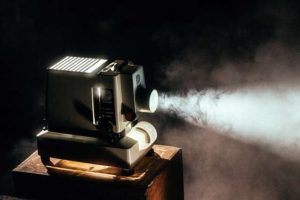 DALLAS, Texas, October 23, 2017–Cinematic reflections on the Eight Beatitudes of the Sermon on the Mount will be the focus of a movie project that hopes to tap the power of beauty.

“God works through beauty, and beauty is the most direct way to impact a person’s heart and present to them the Good News of the Gospel,” said Anthony D’Ambrosio, founder of the Catholic Creatives online community.

“The Church was once the great influencer of culture through talented artists, painters, sculptors, philosophers and theologians,” D’Ambrosio continued. “The Church is no stranger to the power of beauty and should not be today.”

D’Ambrosio is executive producer of 8beats, a movie project which grew out of Catholic Creatives.

The series takes inspiration from Polish director Krzysztof Kieslowksi’s critically praised 10-part anthology “Dekalog.” Each entry in that series was a dramatic reflection on a theme drawn from each of the Ten Commandments.

“Good art touches our deepest longings. This is universally true and that’s why we were attracted to the 8beats Project,” said filmmakers Sean Schiavolin and David Kang of Eccel Films. “As artists who happen to be Catholic, we want to tell the stories we want to see, stories that are hauntingly beautiful and embrace mystery with glimmers of grace.”

Schiavolin is the director and Kang is the screenwriter for the contribution from 8beats’ Southwest region.

Their section of the movie is a short drama set in Austin, Texas. A burlesque performer at the end of the night sings a lullaby to herself, as a night janitor secretly hears her song. The two then have a chance encounter with great consequences.

The drama draws on the Beatitude “Blessed are the Pure of Heart, for they shall see God.”

Some 8beats stories are fictional, while others are historical pieces. One depicts a woman with a long history of drug addiction on her first day of probation, when she makes a discovery that throws her life into question. Another story shows a truck driver crossing the Mojave Desert on his way to visit the graves of his wife and son. Then he encounters a child in need.

There is the story of a priest who struggles with his faith and alcohol addiction. He drives under the influence and kills a young man. His imprisonment forces him to examine himself, the human condition and the Church.

Its theme? “Blessed are those who hunger and thirst for justice, for they shall be filled.”

Yet another story portrays the Jesuit missionary Jacques Marquette and companions as they winter near the Chicago River.

D’Ambrosio said he hopes 8beats will be “a moving work of cinema” that will help Catholic artists and evangelists recognize the need for artistic mentorship.

Cecilia Stevenson, a filmmaker and recent college graduate, said the 8beats project has already given her the chance to learn from people she described as “devout and talented.”

“This project is not just inspiring me to tell the gospel in my own way, it is teaching me about the Church and showing me that I have a place within it,” she said. “My hope is that 8beats communicates that to everyone: the poor in spirit, those who mourn, the meek, the pure of heart, the merciful, the peacemakers…”

Filmmakers aim to reach filmgoers ages 20-35 who are non-religious but involved in the arts.

The idea for the project came about in March 2017. Filming began in September and is expected to finish by December. The film is aiming for a world premiere at the Catholic Creatives Summit in Dallas, Texas in March 2018, with a release in mid-2018 available in digital download and Blu-ray.

Producers hope to submit the final project to major film festivals in the U.S. and Canada.

The 8beats team aims to raise $200,000 for the project, half via indieGoGo and half via additional donations.

Other co-sponsors of the movie are Young Catholic Professionals and the Dallas-based Crossroads Initiative. (CNA)