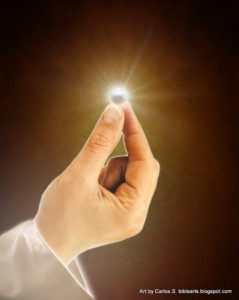 SOME years back, when the World Cup tournament was held in Seoul, one thing that no visitor could have failed to notice was the ubiquity of the elliptical logo of South Korea’s largest company: Samsung. According to Brad Stone described it in “Samsung in Bloom,” its liquid-crystal-display TVs dotted public parks, drawing hundreds of soccer fans to watch the game during the tournament. Everywhere, billboard after billboard featured its latest gadget. Why so? Samsung execs’ goal was to triple their $24.4B in worldwide revenues and to surpass Sony, which was making billions of dollars.

At a time when most companies were trying to stay afloat amid a slumping market and sluggish economy, Stone said that this was a bold goal, but this was backed by a $ 50M US advertising campaign during that time. In its effort to make its logo recognizable instantly in the US, it spent $ 15M to sponsor the Winter Olympics. Indeed, one is not mistaken in saying that its execs were trying to use all their means to present Samsung the most valuable brand so that consumers at home and abroad will, according to Stone, think “wow” instead of “cheapo knockoff electronic brand.”

If the engrossing passion of the Samsung execs’ was to unseat Sony, what is supposed to be the all-consuming concern of the Christian community? For Matthew, of value so supreme that the Christian community must prefer it above all else is the Kingdom of God . But what is this Kingdom that should be the focus of our Christian life? There are various ways of describing it, but as we noted a few times before, if we wish to come to a knowledge of it, the shortest way is to understanding the meaning of the Lord’s Prayer. After all, it is a prayer for its coming. According to the “Our Father,” the kingdom is a community in which all women and men composing it live in fraternal love and unity under the fatherhood of God. Instead of pursuing their own plans, they do the will of God in the same way that it is done in heaven. In this community, all human hunger—for truth, for food, for love, for knowledge, etc.—is satisfied. It is a community of forgiveness and love, freed from all forms of evil. Since this is the only reality that can fulfill and satisfy our longings, today’s Gospel compares it with a hidden treasure or a fine pearl. As nothing can compare the happiness it will bring once we become part of it, or once it becomes our possession, the parable exhorts us to find it.

While that is how the Gospel parables view the Kingdom of God, not all Christians have that perception, or even if all do, many certainly are not convinced of it in practice. Although it is the most valuable reality, people seem to give a different weight to its value.

If many people consider money as the most important value in life, and not the kingdom of God , it is because God’s reign is hidden from them, like a buried treasure. It is shrouded from their minds and eyes: “Eye has not seen, ear has not heard, nor has it so much dawned on man what God has prepared for those who love him” (1 Cor 2:9). Precisely because the kingdom, even though the highest good, is concealed from them, these people are content with lesser things, and for want of anything better, consider money and wealth the best. In order to recognize the incomparable value of the kingdom, one needs wisdom from above. The 1st Reading gives us an example of a man who was given such wisdom—Solomon. Said the king: “Give your servant an understanding heart to judge your people and to distinguish right from wrong. For who is able to govern this vast people of yours?” (1 Kgs 3:9). Because of his wisdom, Solomon saw what was most precious: “The law of your mouth is to me more precious than thousands of gold and silver pieces…. For I love your command more than gold, however fine” (Responsorial Psalm). Only with this kind of wisdom will the Christian be able to know that the most important is not a wealthy, successful and comfortable life, but the community that Jesus wanted us to establish—the Kingdom of God.

Of course, the man who receives such wisdom is necessarily a spiritual man. As St Paul puts it: “The natural man does not accept what is taught by the Spirit of God. For him, that is absurdity. He cannot come to know such teaching because it must be appraised in a spiritual way. The spiritual man, on the other hand, can appraise everything, though he himself can be appraised by no one. For, who has known the mind of the Lord so as to instruct him? But we have the mind of Christ” (1 Cor 2:14 -16). Understandably enough, people like St Francis of Assisi abandoned wealth and inheritance in favor of a life of poverty. They are able to recognize the folly of wealth, though many mortals could kill if only to amass it. One who has acquired the wisdom and mind of Christ counts as rubbish anything but the Kingdom of God . What St Paul said of his life in the Jewish law equally applies to wealth and other possessions that many of us, who are not yet spiritual men, and therefore who lack wisdom, continue to cherish: “But those things I used to consider gain I have now reappraised as loss in the light of Christ. I have come to rate all as loss in the light of the surpassing knowledge of my Lord Jesus Christ. For his sake I have forfeited everything. I have counted all else as rubbish, so that Christ may be my wealth” (Phil 3:7-8).